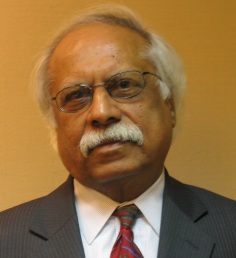 Ashok Thadani is a Senior Nuclear Safety Consultant at Talisman. He has more than 38 years of nuclear safety experience. Mr. Thadani has been a consultant to domestic and international organizations on nuclear safety matters since retiring from the U.S. Nuclear Regulatory Commission (NRC) in 2006. Currently, he serves as Chairman of the Nuclear Safety Committee reporting to the Nuclear Safety Authority Commission of France. Prior to his retirement from the NRC, Mr. Thadani held a number of senior-level management positions including Deputy Executive Director of NRC, Director of the Office of Nuclear Regulatory Research (RES), and Associate Director of the Office of Nuclear Reactor Regulation (NRR).

Mr. Thadani has extensive experience in conducting accident analyses, reviewing reactor systems, evaluating various generic safety issues and developing regulations to enhance the safety of nuclear power plants. He was also one of the early users of Probabilistic Risk Assessment (PRA) in supporting safety decisions. In fact, he was appointed the chief of a newly created branch at the NRC on Reliability and Risk Assessment after the accident at TMI. He was at the forefront of activities directed toward investigating and resolving major nuclear safety issues for operating facilities, as well as assessing new and innovative nuclear power plant designs and technologies. He was extensively and personally engaged in developing safety requirements and directing NRC’s technical reviews of advanced light water reactor designs (ABWR, AP-600 which was uprated to AP-1000, and System 80+). His leadership in response efforts to some of the industry’s most significant challenges has earned him recognition for technical and management excellence. He has been a recipient of many awards including two Presidential Rank awards and the NRC’s highest award of Distinguished Service.

During his tenure as the Director of RES, Mr. Thadani managed a staff of approximately 200 scientific and engineering personnel, as well as a budget of about 100 million dollars. Recognizing the importance of international cooperation and effective use of resources, he expanded bilateral and multilateral nuclear safety cooperation agreements with twenty seven countries.

Mr. Thadani was a member of the International Nuclear Safety Advisory Group (INSAG) tasked with advising the Director General of the International Atomic Energy Agency (IAEA) and a member of the Organization for Economic Co-operation and Development (OECD) Committees on Nuclear Regulatory Activities and Safety of Nuclear Installations. He served as chairman of the Committee on Safety of Nuclear Installations for five years. He also served on the Nuclear Energy Research Advisory Committee tasked with advising the Secretary of Energy.