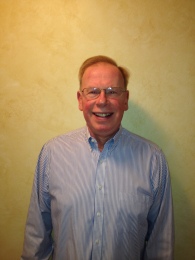 Barry Letts is a Senior Investigative Consultant with Talisman. He has over 35 years of experience in conducting and supervising investigations, primarily involving nuclear power generation facilities, vendors to the nuclear industry, and general and specific nuclear byproduct materials licensees. Prior to his retirement from the Nuclear Regulatory Commission (NRC) in December 2002, he served as the Office of Investigations (OI) Field Office Director for NRC Region I where he managed and directed the activities of a professional investigative staff and served as the senior expert in all phases of investigative activities into potential wrongdoing by NRC licensees, contractors, and vendors to the commercial nuclear industry. Mr. Letts also served five years as an OI field investigator and three years working in program management for OI in NRC headquarters. In the latter position, his responsibilities included oversight of the national OI vendor fraud / product substitution program, representing the NRC on an interagency working group designed to combat such fraud, and periodically briefing senior NRC management on the status of those efforts.

Since leaving the NRC, Mr. Letts has provided consulting services to the nuclear power industry, both foreign and domestic. He has conducted plant performance and safety culture / safety conscious work environment (SCWE) assessments utilizing the guidance set forth in NRC Manual Chapter 0305, supplemental inspection procedures 95002 and 95003, as well as Regulatory Issue Summaries (RIS) 2005-18 and 2006-13. He has also conducted investigations of nuclear compliance concerns, including those involving plant security and allegations of whistleblower retaliation, has developed information to respond to NRC requests for information (RFIs), and has served as an expert witness in civil litigation.

Mr. Letts earned a B.A. in Economics from Gettysburg College and has performed graduate work at Duke University’s Fugua School of Business.