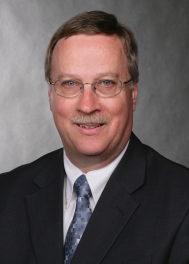 Bruce Mallett is a Senior Nuclear Consultant to Talisman. He has more than 37 years of experience in the nuclear industry.  Since retiring from the Federal Government in 2010, Dr. Mallett has been a consultant for numerous nuclear power plant utilities, universities, and a national laboratory.  Prior to joining Talisman, he was a member of the U.S. Federal Government’s Senior Executive Service at the Nuclear Regulatory Commission, where he held the position of Deputy Executive Director, Reactor and Preparedness Programs.  In that position, he oversaw a staff of 2500 in seven key offices and programs, including the offices of Nuclear Reactor Regulation, New Reactors, Nuclear Security and Incident Response, and the four Regional Offices.  He has also served as the Regional Administrator for NRC’s Region IV, the Deputy Regional Administrator for Region II and the Director of several Region II Divisions.  In addition to his NRC service, Dr. Mallet has practiced medical physics in medical centers in Ohio and served as the Radiation Officer for an NRC licensee.

Dr. Mallett has provided briefings to members of the U.S. Congress and Senate as the NRC representative on numerous occasions. He has been the guest speaker in many industry and university forums such as seminars, lectures, conventions and workshops. From 2004-2010 he served on the Advisory Boards for Engineering Departments at The University of Texas at Arlington and Virginia Commonwealth  University.