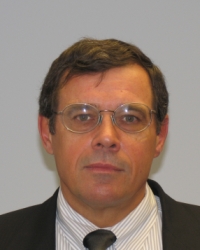 Ellis Merschoff is a Senior Nuclear Safety Consultant to Talisman. He has more than 40 years of nuclear regulatory and safety experience, including senior-level management positions at the U.S. Nuclear Regulatory Commission (NRC). From 2004 to 2005, he was the Deputy Executive Director for Reactor Programs at the NRC. In that position, he directed the licensing, inspection, and rulemaking activities for all nuclear reactors that were licensed or the subject of applications for licenses from the NRC. He also served as the NRC’s Chief Information Officer. He previously held the position of Regional Administrator of NRC’s Region IV with responsibility for safety oversight of all operating commercial reactors, nuclear materials, high- and low-level waste, and decommissioning activities in the western half of the United States. He also served as Director of the Division of Reactor Projects in the NRC’s Region II with responsibility for safety oversight of the operating reactors in the southeastern United States. Earlier in his NRC career, he was the Chief of the NRC’s Vendor Inspection Branch with responsibility for the oversight of the Nuclear Quality Assurance Programs of reactor vendors. Mr. Merschoff also has seven years of experience as a nuclear engineer for the NRC.

Since retiring from the NRC, he has served on the safety oversight boards of five nuclear plants, participated in a safety review of the Spanish Nuclear Regulatory Authority, and advised the Nuclear Safety Advisory Committee of the International Atomic Energy Agency. He served as a member of the Johns Hopkins University (JHU) Faculty and taught a graduate-level nuclear engineering course in the JHU Engineering Professionals Program (EPP). In association with Talisman, he has provided expert regulatory assistance to Mitsubishi Heavy Industries (MHI) and its subsidiary Mitsubishi Nuclear Energy Systems (MNES) in developing a Design Certification Application (DCA) for MHI’s US-APWR advanced reactor for submission to the NRC. He has testified before Congressional Committees and at NRC Commission Meetings on topics such as safety issues at licensed nuclear facilities. He also has testified in an international arbitration proceeding related to advanced nuclear reactor design.

Mr. Merschoff received a B.S. degree in Aerospace Engineering from the U.S. Naval Academy and a M.S. degree in Mechanical Engineering from the Massachusetts Institute of Technology. Following graduation from the U.S. Naval Academy, he served for eight years as an officer assigned to the Navy’s large surface ships and qualified for duty as Chief Engineer. He is a licensed Professional Engineer.