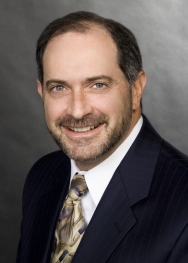 Eric Leeds is a Senior Nuclear Safety Consultant to Talisman. With over 37 years of nuclear experience, Mr. Leeds currently serves on Safety Review Boards for five nuclear power plants and performs strategic, engineering and regulatory assessments for a variety of clients.  He has provided recent consulting services to the Nuclear Energy Agency in Paris, France, the International Atomic Energy Agency in Vienna, Austria, and the Canadian Nuclear Safety Commission, as well as to a number of domestic clients.  Prior to his retirement from the Nuclear Regulatory Commission (NRC) in 2014, Mr. Leeds served as the Director of the Office of Nuclear Reactor Regulation (NRR) where he held overall responsibility for regulatory oversight of all U.S. operating commercial nuclear power plants, research reactors and test reactors.  During this time, Mr. Leeds led the NRC’s response to the Mineral, Virginia earthquake, as well as the subsequent evaluation and authorization of the restart of the North Anna Power Station in 2010.  Mr. Leeds was also instrumental in the development and implementation of the NRC’s lessons learned from the accident at the Fukushima Dai-ichi plant in Japan.  Finally, Mr. Leeds served six years as Vice Chairman of the Nuclear Energy Agency’s Committee on Nuclear Regulatory Activities.

As a Senior Executive at the NRC, Mr. Leeds also served as the Deputy Director of the Office of Nuclear Materials Safety and Safeguards (NMSS) with responsibility for the assurance of safety and safeguards of U.S. fuel facilities, spent fuel on-site storage and radioactive material transportation. In this position he also managed regulation of the geologic repository at Yucca Mountain, Nevada. He also served as the Division Director for Emergency Preparedness and Incident Response in the Office of Nuclear Security and Incident Response where he was responsible for upgrading the NRC’s capabilities to respond to an event following the terrorist attack of September 11, 2001.

As an officer in the U.S. Navy, Mr. Leeds gained new construction and start-up experience as the Reactor Laboratories Division Officer and Reactor Training Officer aboard the aircraft carrier, USS Carl Vinson (CVN-70). He commissioned the ship and sailed on her first deployment, circumnavigating the globe.

Mr. Leeds’ areas of expertise include regulation, licensing, inspection, event response, emergency preparedness and spent fuel storage and transportation. As a representative of the NRC staff, he regularly briefed congressmen, congressional staff and the NRC Commission. He is also experienced in interacting with the media and public interest groups. Mr. Leeds holds a B.S. degree in Mechanical Engineering from Villanova University.