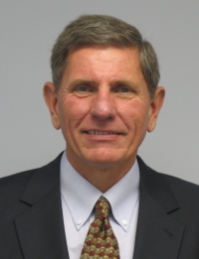 Jim Blaha is a consultant for Talisman International. He retired from the US Nuclear Regulatory Commission in 2004 after 37 years of federal service. As the Assistant for Operations in the Office of the Executive Director for Operations (EDO), he served as the primary liaison between the Office of the EDO, the five Commissioners and the Staff. In this position, he reported to the Executive Director and participated as a key member of the agency’s senior management team that supervised day-to-day operations of the agency and established agency long and short term plans, strategies, and policy for regulating the civilian use of nuclear power and nuclear materials. He worked closely with the Chairman, Commissioners, and program managers in formulating program and policy issues and in oversight of staff implementation. He routinely led the staff effort in preparing operational plans, performance measures and implementation status reports.

He was heavily involved in all aspects of operational support (budget, human resources, contracting, information technology, etc.) and in developing the NRC Five Year Plan and related budget. He was instrumental in developing the NRC Planning and Budgeting Process which helped support NRC request for resources before the Office of Management and Budget and Congress.

Mr. Blaha was the Nuclear Safety Attaché at the U.S. Mission to International Agencies in Vienna from 2000 to 2003, where he was responsible for liaison between the U.S. Government agencies and the Nuclear Safety Department of the International Atomic Energy Agency (IAEA). He structured U.S. support to the IAEA and member countries and was a key player in U.S. participation in the Nuclear Safety Convention and in development of IAEA initiatives to enhance the security and safety of radiological sources and materials in the context of terrorist threats.

Mr. Blaha holds a Masters in Systems Management from St. Mary’s University and a Bachelor of Science in Industrial Engineering from Virginia Polytechnic Institute and State University.