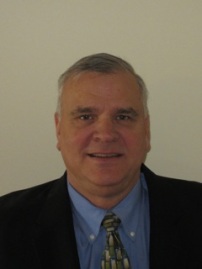 Jim Luehman is a Senior Nuclear Safety Consultant to Talisman. He has more than 35 years of nuclear regulatory and safety experience including 30 years of service at the U.S. Nuclear Regulatory Commission (NRC).  Prior to his retirement from the NRC in 2013, Mr. Luehman served as the Deputy Director of the Division of Construction and Operational Programs where he oversaw the new reactor inspection program, directed the Vendor Inspection Program which has responsibility for the Nuclear Quality Assurance and regulatory compliance programs for all operating and new construction nuclear reactor vendors, and led the first evaluation of the implementation of the oversight programs of the combined license requirements of 10 CFR Part 52.  He also served as the Deputy Division Director of Materials Safety and State Agreements with responsibility for oversight of materials licensing, operational and security inspections of nuclear materials, and coordination with the Agreement States. Prior to his service in the Senior Executive Service, he held positions as a resident inspector, senior resident inspector, senior enforcement specialist, senior reactor engineer, senior environmental project manager, inspector team leader and Deputy Director of the NRC Office of Enforcement.  As the Deputy Director of the Office of Enforcement he held responsibility for the implementation of the enforcement program and oversaw the integration of the Allegation Program into the office, the development of the NRC Safety Culture Policy Statement and the implementation of Alternative Dispute Resolution as an option for resolving enforcement actions.

Mr. Luehman has made presentations to the NRC Commissioners on topics including enforcement policy issues, the use of nuclear materials in medicine, as well as on matters related to new reactors and vendor oversight. He has represented the NRC internationally in Ukraine, Germany, Spain and South Africa.  He has led and participated in numerous routine and reactive inspections at operating reactors, including serving two years as team leader in the evaluation of a nuclear plant seeking NRC approval for restart.  Additionally, he led and participated in pre-operational inspections at two reactors prior to their initial operation.

Since his retirement from the NRC, Mr. Luehman has provided advice and expertise on a number of licensing issues. He has also developed and provided training internationally on Counterfeit, Fraudulent and Suspect Items (CFSI) and audited a client’s CFSI program.  Additionally, he has represented a client before the U.S. Department of Justice on a nuclear procurement matter and performed nuclear safety culture reviews.

While at the NRC, Mr. Luehman was selected as Congressional Fellow and served as a senior policy analyst for energy and the environment in the Office of Fred Upton (R- Mich). He began his career as a nuclear qualified officer in the U.S. Navy where he qualified as a chief engineering officer.  He earned a B.S. degree in General Engineering from the U.S. Naval Academy and has completed numerous post-graduate courses in management and leadership at MIT’s Sloan School of Management and other institutions.