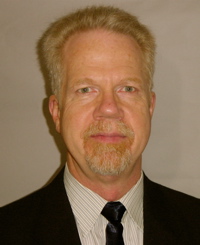 Ken Brockman is a Nuclear Safety and Regulatory Affairs Consultant to Talisman. He has over 32 years of operational and regulatory experience in both domestic and international applications. As the Director of the Division of Nuclear Installation Safety for the International Atomic Energy Agency (IAEA) in Vienna, Austria from 2003 to 2006, he was responsible for the development of the IAEA standards of safety for power reactors, research reactors and fuel cycle facilities and oversaw the IAEA regulatory, engineering and operational safety assistance programs. He managed a multi-national staff of experts and served as the primary reactor safety advisor to the Secretariat and all Member States with commercial nuclear facilities.

Prior to this assignment, Mr. Brockman was an executive with the Nuclear Regulatory Commission (NRC). For eight years, he managed the inspection and assessment program for the commercial nuclear power reactors in the Western half of the United States (Region IV). During this period, he served on the NRC/Industry committees that developed the Regulatory Oversight Process (ROP) that is used to assess licensee performance. From 1993 to 1995, Mr. Brockman directed the NRC Emergency Response Program where he managed the design of and movement to the new Operations Center. In this capacity, he represented the NRC in the development of the national response plans, and worked with State and local governments in their response to emergency conditions.

Mr. Brockman has extensive experience in the assessment of the safety significance of operational events and in the development of compensatory and corrective measures. He led and participated in Special Inspections, NRC Incident Investigation Teams and Diagnostic Evaluations. He has worked with Congress in response to licensing inquiries and investigations.

More recently, Mr. Brockman has served on the Safety Review Boards for Fort Calhoun Station, the South Texas Project and Southern Nuclear Company (for which he is the current chair). He has also worked with over 20 nuclear stations in the development and implementation of safety improvement programs, developed in response to significant regulatory findings by the NRC.

Mr. Brockman earned a B.S. degree from the U.S. Military Academy and an M.P.A. from American University.