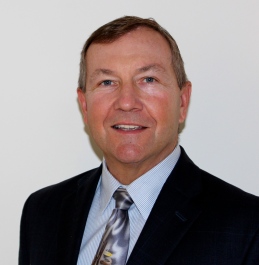 Before joining Talisman in 2014, he was Director, Division of Reactor Projects for the NRC’s Region II Office, where he was responsible for the oversight of 33 reactors at 18 sites. While in Region II, Mr. Croteau also served as Director, Division of Construction Projects and Deputy Director, Division of Reactor Safety, where he provided oversight of the reactor safety and resident inspection programs for both operating reactors and construction activities.  In NRC Headquarters, he was a Deputy Division Director in the Office of Nuclear Regulatory Research, responsible for oversight of research regarding engineering issues such as the potential aircraft impact effects on new reactors; and Chief of Staff for two NRC Chairmen (Nils Diaz and Dale Klein), providing advice on both policy and NRC management issues.  Prior to his promotion to senior level service, he served as Senior Project Manager in the NRC Office of Nuclear Reactor Regulation, as Resident Inspector at the McGuire Nuclear Station, and as a Region II based inspector.

Mr. Croteau has made presentations to the NRC Commission on safety issues at nuclear facilities, including as a member of the NRC Digital Instrumentation and Controls Steering Committee. He was a key member of the Commission staff involved with developing Commission policy to enhance security of commercial nuclear facilities following the events of September 11, 2001, as well as a key member of the NRC Incident Response Team providing management oversight for numerous events, including Hurricane Sandy, several loss of offsite power events, and the 2011 northern Virginia earthquake.

Mr. Croteau began his career as a Shift Test Engineer and Nuclear Engineering Supervisor for the Department of the Navy at the Portsmouth Naval Shipyard in New Hampshire. He was qualified on two types on naval nuclear propulsion plants. In addition, he was responsible for all mechanical nuclear propulsion plant work for the refueling overhaul of naval research vessel NR-1.

He holds a B.S. in Civil Engineering from the University of Maine and an M.S. in Computer Science from Johns Hopkins University.