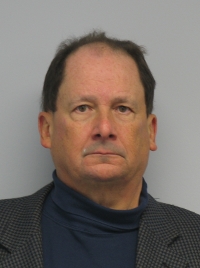 Mr. Allen was an executive with Scientech, Inc. and Johnson Controls Security Systems, where he was Vice president and General Manager of a 190-person security assessment and engineering division. He led some of the most complex security projects in the U.S., including a $36M security upgrade for the U.S. Capitol and all Senate and House facilities, consisting of access control, intrusion detection, biometrics, digital video, emergency communications, command and control centers, ballistic protection, contraband detection, and fiber optic networks. He also managed the planning and execution of engineering for security upgrades at more than 900 Federal Aviation Administration facilities and extensive security upgrades for the U.S. Bureau of Engraving and Printing.

Mr. Allen has also managed a team of security analysts in performing in-depth computer model vulnerability and risk assessments of major DOE nuclear weapons facilities. This modeling involved detailed assessments of the ability of the site and its response forces to detect and respond to terrorist and other threats. The assessments included detailed plans for increasing protection at these critical sites and cost-benefit analysis of the improvements. Mr. Allen served as a Security Engineer in the Secret Service, where he designed innovative security systems for the White House and led explosive ordnance disposal teams on domestic and foreign trips with the President, Vice President, and several Cabinet members.